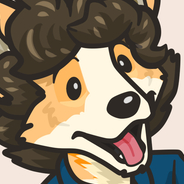 
Rain sleep snow or hail, I will always nom your mail!

Bark bark!
I got a special letter, an update! Here are the details!

GScramble will now correctly balance players with the lowest score, unless...they are an engineer with buildings, the only medic on their team. a medic using their uber, someone being ubered, someone carrying the intelligence, and lastly, someone who has been balanced already within the duration of the current map.

-AutoScramble is using .wav files instead of .mp3s for scramble announcements (Rainbow)

Some of them were missing and didn't play!

-Randomizer will no longer render your weapon invisible to the entire server when using !cantsee (Rainbow)
-Added a command to adjust the visibility of weapons with cantsee (Rainbow)

The command (sm_,!,/)cantseevalue [1-255] (Default 60) allows you adjust the value of your weapon's visibility when you enable cantsee on it.

-Added a command to toggle cantsee on all weapons (Rainbow)

The command (sm_, !, /)cantseeall allows you to toggle the visibility of all weapons at once. Thanks goes to GreenDragonIris for the suggestion~!

For who knows how long, GScramble has been sorting players by their score in a given round, not by their total score.

This has been an SCG Service update! You can check all our important updates on our update page here!
Mann Co. would totally sign off on this if they could! Report any bugs or suggestions here!