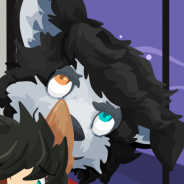 Protocol Override is a difficulty mod for the SCG MVM servers that adjust the game's overall difficulty for games with 7 or more players.

The problem with hosting a 10 player MVM server is that the extra four people often make games far too easy. Even on the harder missions, the extra help tips the scales in favor of the humans. This plugin aims to change that. The difficulty of the game is adjusted into tiers based on groups of two players.

#Teleported robots
Robots that are teleported are adjusted differently, they are slightly less powerful than traditional bots. If the bomb is near the final point, teleported bots have much less of a speed boost and are weaker than their normally teleported counterparts. Teleported bots are only adjusted in the 7-8 and 9-10 player tiers.

#Spies
Spy bots never have speed bonuses attached to them regardless of size.