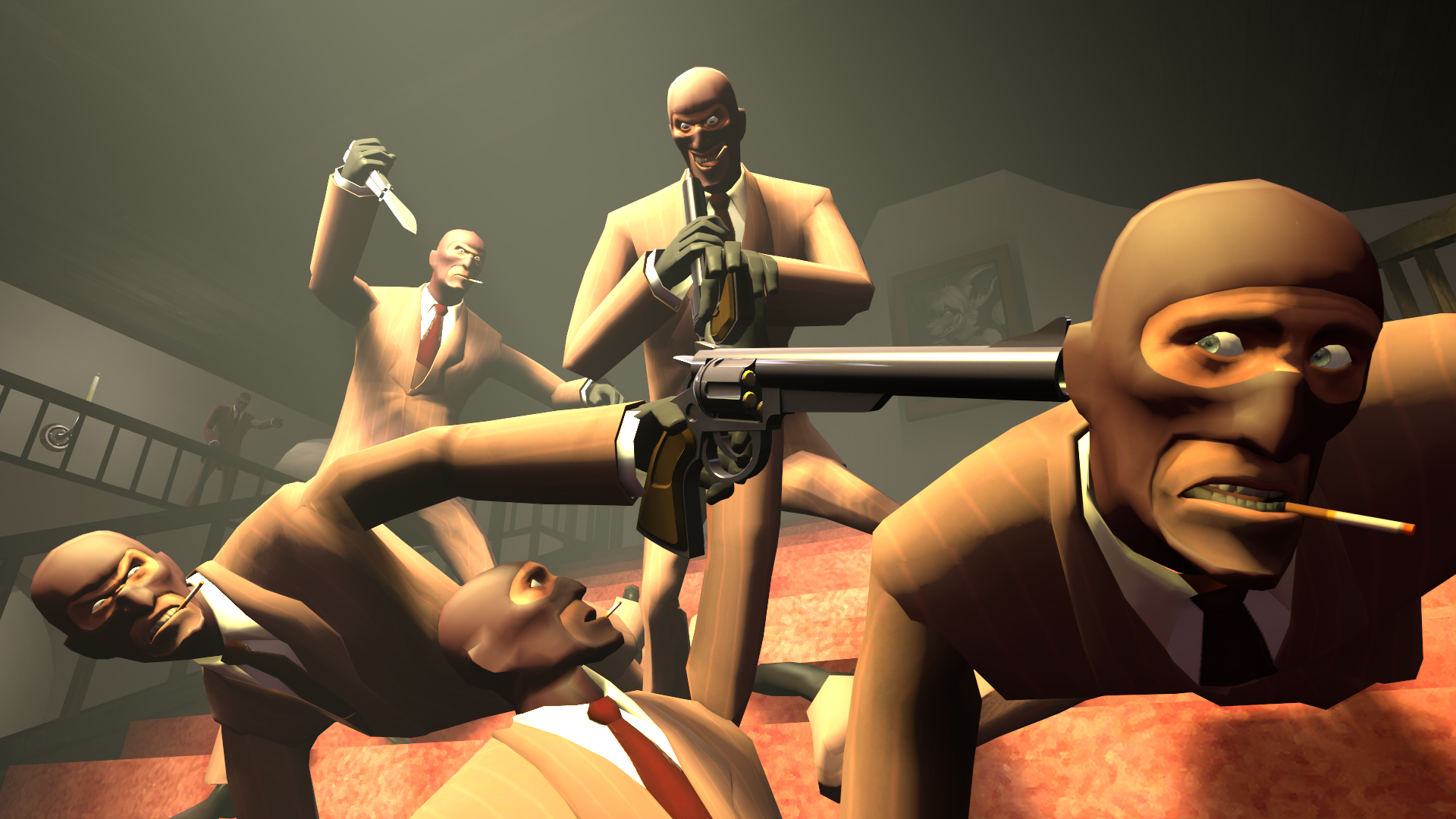 Murder is a gamemode originally made for Garrysmod. The game begins with all players being spawned in and given a random role. A player can be innocent, a detective, a fool, or the murderer.

The murderer's job is to kill everyone as quietly as they can. They are given a knife, and if they fail to kill someone within a 80 second time frame, a new murderer is chosen.

The detective's job is to kill the murderer. They are given a single shot pistol with a slow reload time. There can be up to two detectives at a given time depending on the number of living players. If a detective kills an innocent player, they are killed as well.

The fool's job is different...they want to be killed. If the fool is killed by the detective, the game is over.

The innocent's job is simply to run around, easy-peasy.

When a player dies, they are transferred to blue team and turned into a ghost. Ghost players cannot be seen or heard (Voice / Text dead chat is disabled) by the enemy team.

(!<command> & /<command> are for chat, sm_<command> is for console)
sm_mmhelp - Opens the help menu
murdermusic - Toggles the murder music

0.6.1-SCG - Credits to Fraeven for these changes

0.6.2-SCG - Credits to Fraeven for these changes

This mod was originally created by SomePanns with help from the contributor SnowTigerVidz.

Get the wallpaper here : https://www.weasyl.com/%7Esoutherncrossgaming/submissions/1661903/tf2-murdermod-poster