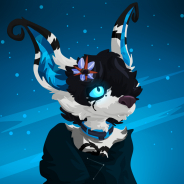 The By Stars Above update is a Major SCG update implemented on August 5th, 2019. The goal of the update was a massive overhaul to the group's optimization and automation efforts. Many new systems were designed to help automate the creation and flow of group data as well as massive changes to many different SCG systems.

Much of what is on this list may not seem important, but as a mostly one man operation, all of the tools I can use to better spend my time allows me to focus more on fun things like new servers and such. This list is effectively and end all be all to any last big time sink I had to do to keep things up to standard.

Updates to how Trello updates are handled¶

Changes to the SCG Website¶

Bug fixes to the Jewelbox¶

What is next from here?¶

While there was a lot presented here, I have stressed that a lot of it was for me, both emotionally and for optimizations sake. But do you really think I was going to just end it here without something useful?

Upcoming updates to the Looking for Group page¶

But alas, that is it for now! Kudos to you if you read this entire thing, and as always thank you from the bottom of my heart for being a member of SCG. I have lots of things in store, and I appreciate your patience!

Do you have anything you'd like to suggest? Contribute? Please drop us a comment here or on our discord!

SCG relies on contributions to cover hosting costs, but also if you'd like to support the work I do and give me more time to do it, consider chipping some money in to help cover costs / support my efforts! You can learn how here!